Sunshine, shopping, seaside, sports, and safety - five of the key ingredients that have earned Dubai a growing reputation as one of the world's most attractive and rapidly developing leisure destinations. Dubai is an intriguing land that combines old-world souks and modern shopping malls, rolling sand dunes and championship grass golf courses, remote Bedouin villages and an array of five-star hotels. Embark on this journey to the discovery of Dubai, and live your Arabian adventure.

Upon arrival proceed to baggage claim. After clearing customs, you will be met by our local host and transferred to your hotel in Dubai. Rest of the day is at leisure for activities on your own. Dubai is an Open Sesame to Arabian adventure. Once a tiny fishing village harvesting pearls from the sea, it is now the most sophisticated city on the Persian Gulf. Sunshine, shopping, seaside, sports, and safety are five of the key ingredients that have earned this fascinating city a growing reputation as one of the world's most attractive and rapidly developing leisure destinations. Tonight you will have a welcome to Dubai dinner. Overnight in Dubai. (D)

After breakfast you will start your tour of Dubai, the Gulf’s most enchanting and cosmopolitan city. Start with a visit of the magnificent twin minaret mosque, the Jumeirah Mosque, a spectacular example of modern Islamic architecture. Pass by the Palastquater “Zabeel” and Skyline at the Dubai Creek and continue towards Bastakiya, the wind-towered houses of old merchants. After a visit of the Dubai Museum, housed in the 180-year-old Al Fahidi Fort, you will cross the Dubai Creek with an “Abra” (water taxi) to reach the other side for a visit of the Spice Souk and Gold Souk – Cultural Discovery Series. Return to Dubai for lunch at a local restaurant and a visit to the Burj Khalifa Tower. (B,L)

Full day at leisure to relax or to take an optional East Coast tour. This full day tour will take you through a whole variety of landscapes within the Emirates including the desert, wadis, mountains and the sea, and will expose you to some very lush agricultural areas, local markets, and fishing villages. The stops en route include the old village of Dibba, once a strategically important settlement with a stunning view across the Indian Ocean, and by the Al Badiya Mosque, the oldest mosque in the country. After lunch in a local restaurant, we visit the port towns of Khor Fakkan and the 300-year-old Fort of Fujairah before returning to Dubai. Tonight you will have the opportunity to join an optional gala dinner at the Al Hadeera restaurant. Overnight in Dubai. (B)

After breakfast, we will proceed for a full day tour of Abu Dhabi. From the heart of Dubai we will travel past Jebel Ali, the largest man-made port in the world, to Abu Dhabi, the capital of the United Arab Emirates. An ultra-modern city, Abu Dhabi is situated on an island. Towering skyscrapers and glittering glass facades abound everywhere in the city, but a generous sprinkling of parks and gardens help maintain Abu Dhabi's reputation as being one of the greenest cities in the region. You will find it hard to believe that only 50 years ago, the city was no more than a fort surrounded by a modest village of date palm huts. After lunch in a local restaurant, we will see the age-old method of traditional dhow building at the dhow harbor, followed by a tour of the marvelous Al Husn Palace. We will complete the tour with a long, relaxing drive along the scenic Corniche and the Al Bateen palace area, before heading back to Dubai. Overnight in Dubai. (B,L)

Full day at leisure to relax or to take an optional half day tour to Sharjah, the "Pearl of the Gulf.” A century ago, the Emirate of Sharjah was a half day ride away from Dubai on camelback, today it can be reached in little more than fifteen minutes, and its cultural sites, Islamic architecture, markets, and souks are well worth a visit. Recognized by UNESCO as the cultural capital, Sharjah is often referred to as the ‘Pearl of the Gulf’ largely thanks to its beautiful Islamic architecture. Here you can see exquisitely built mosques, public buildings, and museums. After a visit to King Faisal Mosque, the largest in the UAE, and of the Islamic Civilization Museum, we head to the Al Nabooda House, a historical home that dates back 150 years. Your tour will end with a visit of the colorful Al Arsa Souk. As you wander through the souk, you will have countless opportunities to try your bargaining skills as you look for jewelry, fabrics, antiques, carpets and other collectibles, before returning back to the hotel. Included tour – In the afternoon you will be picked up by modern 4 x 4 vehicles for your exciting drive through the sand dunes of the desert. After sunset, you will reach a camp where a fabulous night is awaiting you. Cultural Discovery Series - enjoy an Oriental buffet style BBQ dinner, with live belly dancing show and henna painting before heading back to your hotel for the night. (B,D)

After breakfast we head out for an optional half-day Palm Island Tour. Palm Islands in Jumeirah, Jebel Au and Deira are the largest man-made islands in the world - featuring kilometers of pristine beaches, luxury hotels, and sports facilities - they are set to become one of the most exclusive residential locations in the world. Built on the coastline of Dubai by Al Nakheel Properties, the unique feature of engineering and imagination, visible from space, the developments have been dubbed "The Eighth Wonder of the World.” The Palm is the ideal location to experience an exciting array of marine life unlike any other on earth. The rest of the day is yours at leisure to explore. Tonight you will enjoy a farewell to Dubai dinner. (B,D)

Full day at leisure to relax or to explore Dubai on your own. For your comfort, a day room is reserved until you depart for the airport late in the evening.* (B)

En-route to USA. Meals and refreshments served on board as per regular carrier service.

Hotel and itinerary are subject to change. 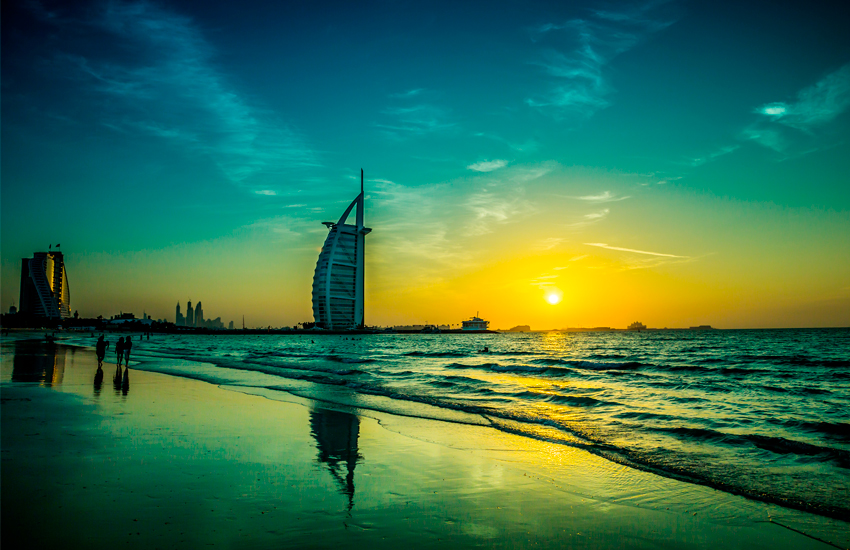 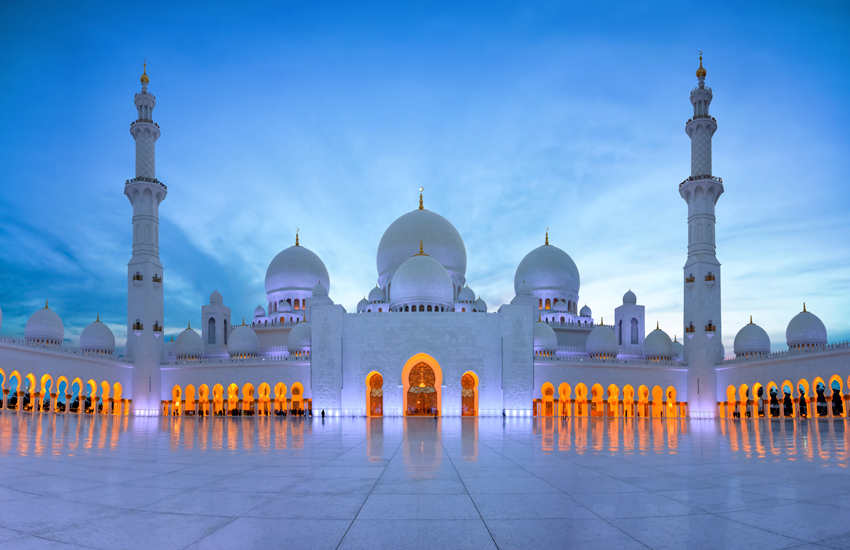 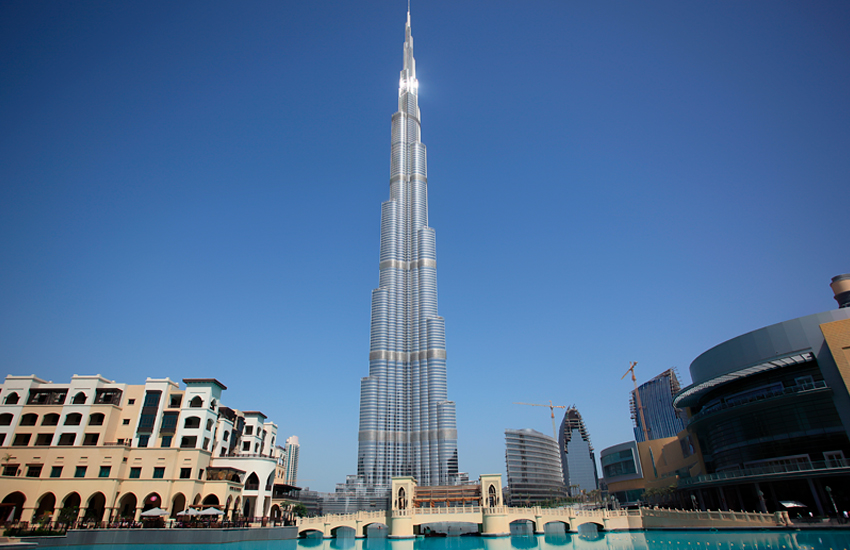 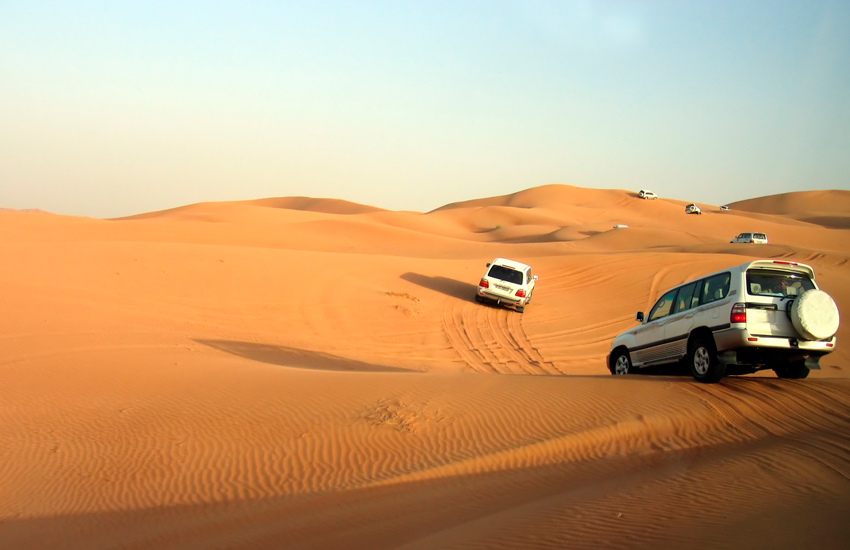 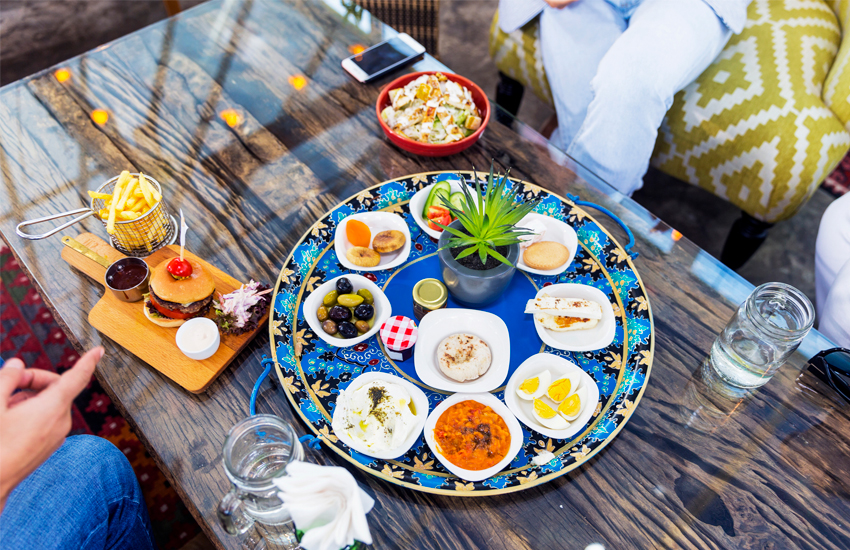 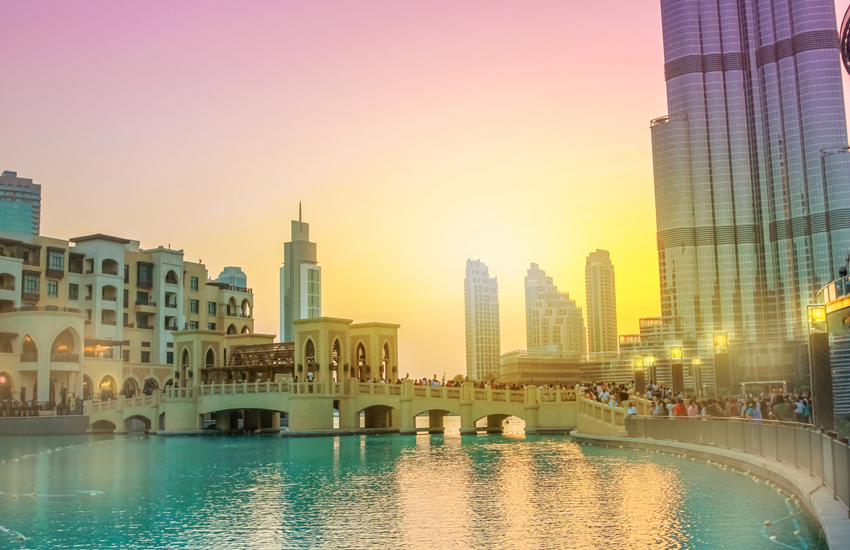 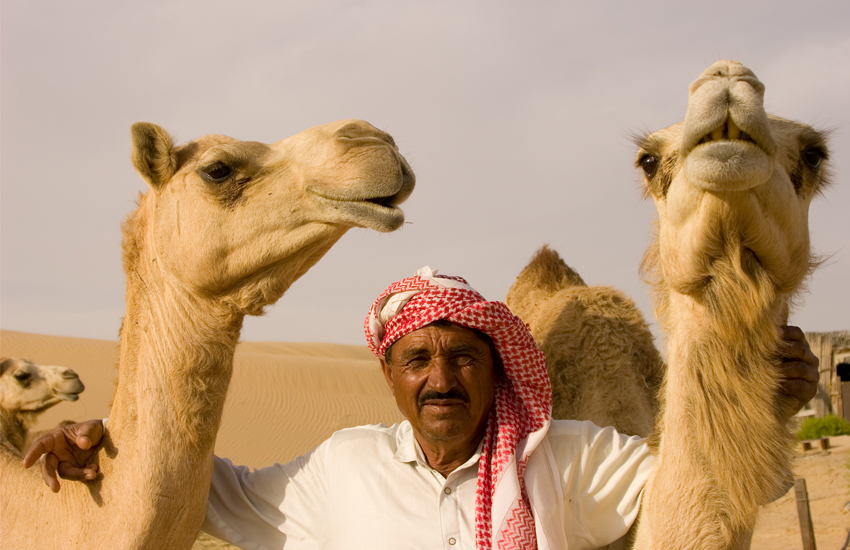 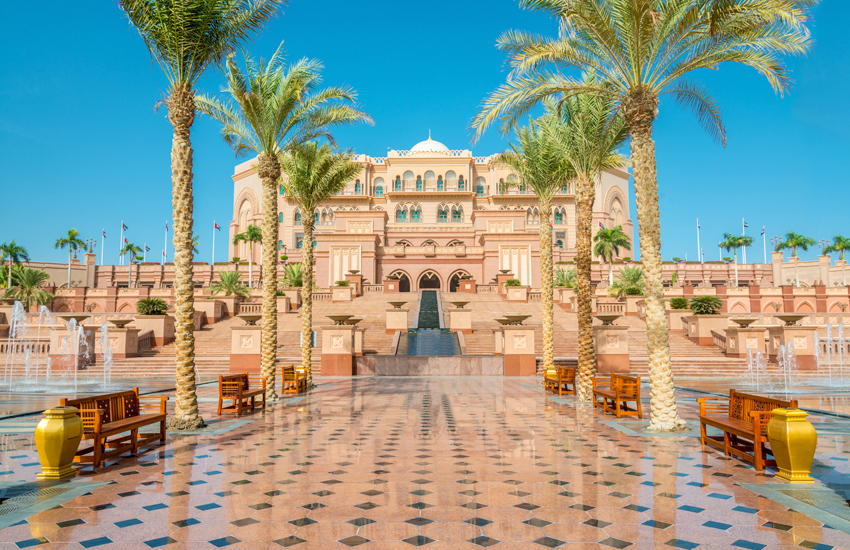 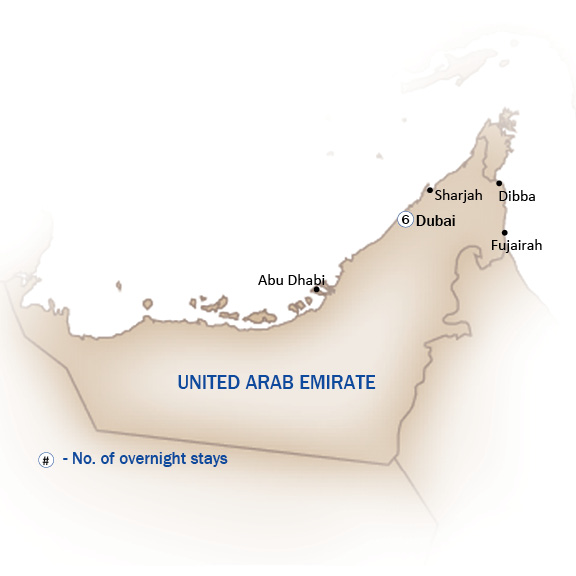 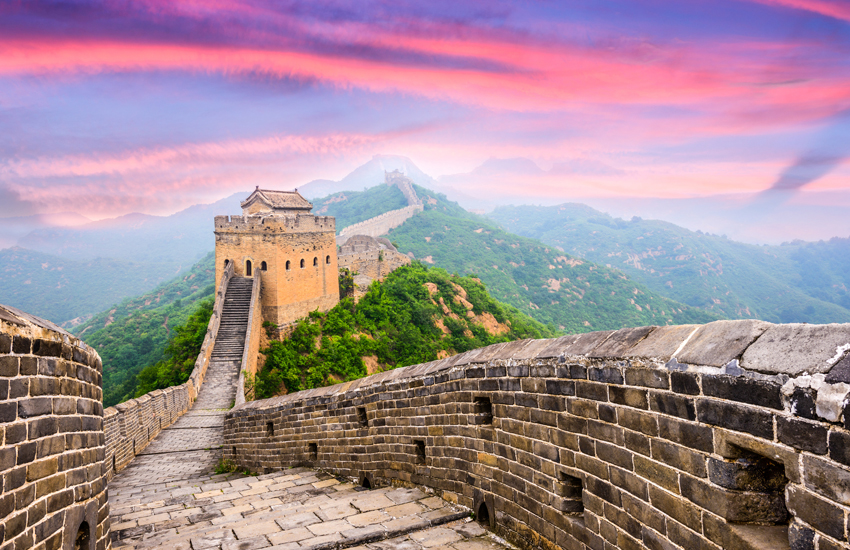