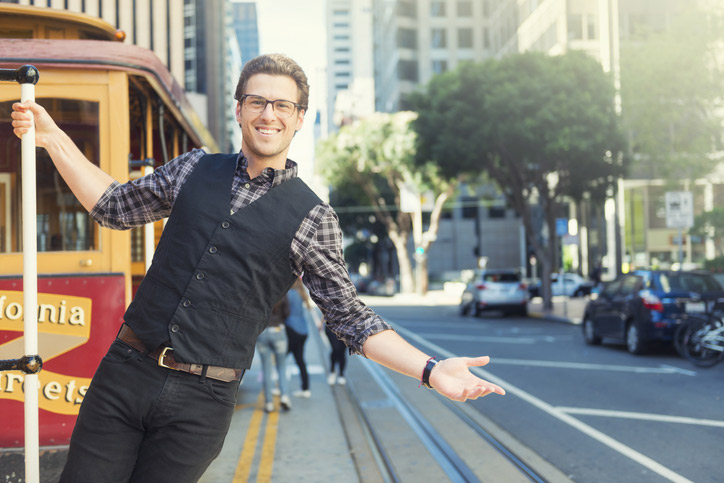 With the concept of hand-crafting foods swiftly gaining popularity as a way to obtain or create one’s own high quality and more natural meals, the handcrafted bread-making movement continues to “rise” in homes across the globe. Yet, did you know that San Francisco is where sourdough bread-baking was perfected, and that this city continues to be known as the best place to enjoy this flavorful bread?

So why has the tangy bread become even more popular now? The answer is simple...It’s good for you! The natural bacteria and yeasts in the sourdough starter provide a break for your digestive system by helping pre-digest some of the flour. Sourdough also has a longer shelf life due to the natural preservatives formed by the sourdough culture’s organisms.

What Is Sourdough?
While most kinds of bread are made with commercial active yeast, sourdough is made from a wild yeast. Certainly, there are entire books about how to bake Sourdough bread, the basic premise is that wild yeast is harvested, then added to flour and water to form a starter. As the wild yeast digests the flour and water, it begins to release carbon dioxide, which is what gives these loaves an airy consistency.

Next, some of the starter is combined with more flour, water, and salt, and sometimes active yeast, and then turned into bread. This process takes about two or three days. Thereafter, more flour and water are added to the starter, and the yeasts and bacteria continue to thrive. Theoretically, a single batch of sourdough can live virtually forever!

So why is San Francisco’s sourdough so acclaimed? In an interview with National Public Radio, scientist and food specialist Robert Wolke explained, "The sour flavors come from lactic and acetic acids produced by inevitable environmental bacteria, which are working on the flour's sugars along with the yeast. Different bacteria make different sour flavors; San Francisco is awash in local bacteria species that make its sourdough bread famous."

Here's a mini history of why San Francisco has become famous for its sourdough:

Feeling up for hand-crafting your own sourdough? You can make on your own starter with a combination of flour and water, or you can obtain one instead. Many local bakeries in San Francisco will offer a bit of their starter upon request and the great news is that we can take you there on our California Gold experience. Try your hand at making this tangy treat then come along with us and taste San Francisco’s amazing sourdough for yourself!