Positive Vibes: What is the Northern Lights Phenomenon and How Can you Experience It? 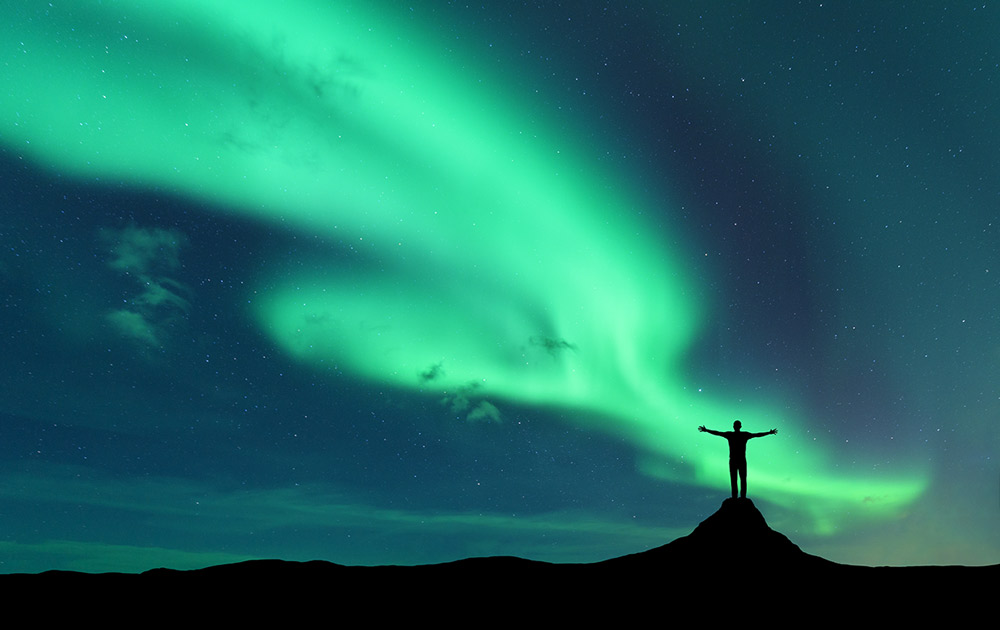 From around September through March on clear nights, a spectacular show can be seen in the Icelandic sky – it is called The Northern Lights. Also known as Aurora Borealis, this naturally occurring light show takes place high above the earth's surface where the very thin atmospheric layers are made to shine by electrically charged particles. The result is a showcase of seemingly fluorescent lights or "auroras" that form 20-25 degrees around the north and south geomagnetic poles – in places like Iceland – captivating all who see them.

Originally named "Northern Lights" by the Old Norse back in 1230 and referred to starting in the 17th century as "Aurora Borealis" by Galileo Galilei and Petrus Gassendus, our ancestors may have thought that this mystical display was otherworldly driven – In fact, they derived “Aurora” from the Roman goddess of Dawn, and “Boreas” from the Greek god of the North Wind. Yet, modern day science can easily explain this inspired spectacle of lights.

Simply stated, even though the lights shine at night, electricity radiating from the sun actually is what causes the northern skies in Iceland to share this seemingly magical display. These lights, called auroras are created when solar wind and storms send energy and small particles down the magnetic field lines into Earth’s atmosphere. The particles are trapped in the Earth's magnetic field and they begin to spiral back and forth along the magnetic lines, circling around the magnetic north or south poles. As all of these magnetic and electrical forces react with one another, the particles interact with gases in our atmosphere resulting in beautiful displays of light that are viewable as auroras dancing in the night sky. Oxygen gives off green and red light, while nitrogen glows blue and purple.

Science aside, The Northern Lights is a hugely impressive spectacle!

Aurora Borealis forecasts for Iceland can be found on the Icelandic Met Office website. Additionally, the Auroral Activity map shows how the NOAA agency estimates the current aurora levels.

Yearning to see this phenomenon live and in person for yourself? Join us on our tour to Iceland on our Land of Fire and Ice travel program. Here you will find geysers, glaciers, volcanoes, epic sagas, heroic legends, rich history...and of course the Northern Lights phenomenon during autumn and winter months. Iceland is an otherworldly place where forces of nature have created a landscape that allows you to swim in geothermal heated pools, trek across a mossy lava field, or drive over an icy glacier all in one day. You will be enchanted by the striking and raw beauty of this extraordinary and geologically young island. The local cultural life is equally rich, from the medieval to the modern. The effortless style of the local people is simply mesmerizing, as is their friendly and self-reliant spirit. Start on your Icelandic your adventure today!