Positive Vibes: Unveiling Utah’s wild side from the hoodoos of Bryce Canyon to majestic Zion 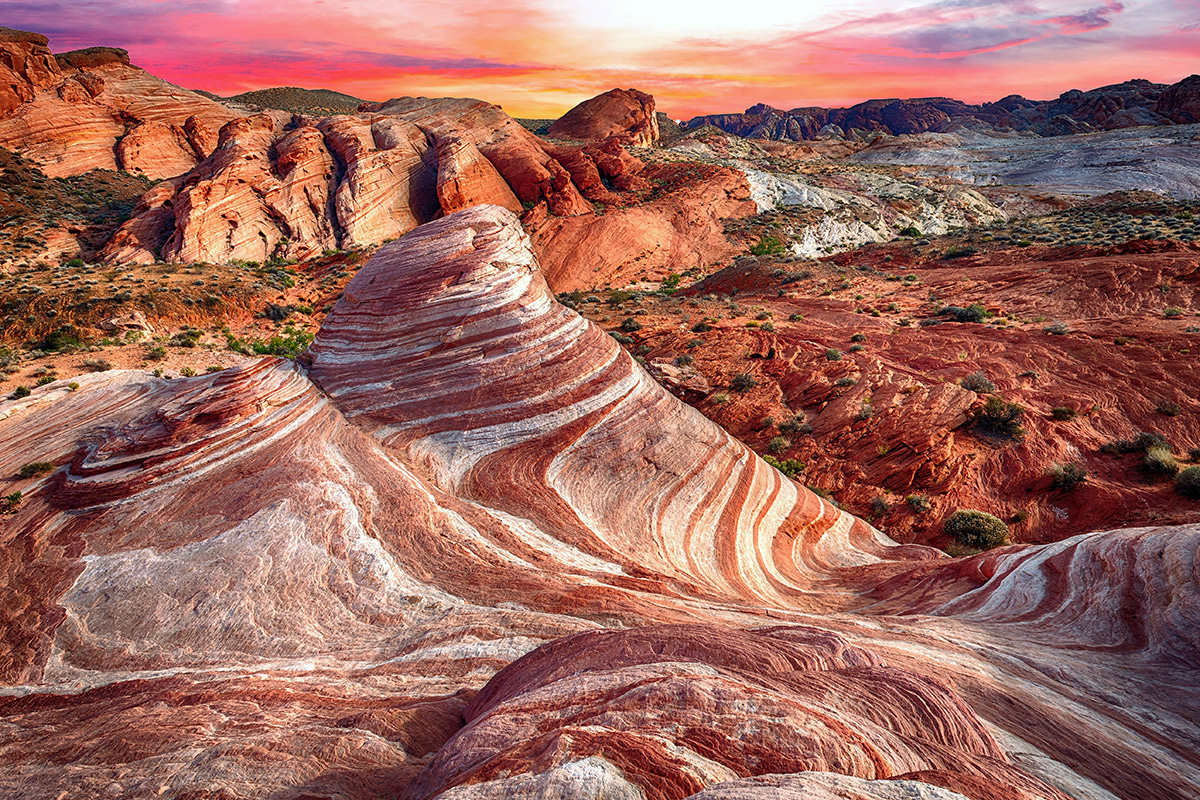 When you think about legends, myths, and mystical musings, Utah may not be the first place that comes to mind...but believe it or not Utah has its very own wild side. Her fascinating history and ancient stories come to life in the astonishing nature and breathtaking natural formations throughout the state. From the hoodoos of Bryce Canyon to the majestic canyon named Zion – said to have inspired near-endless spiritual awakenings, Utah’s national and state parks present some of the most extraordinary landforms on earth.

A long time ago, according to the tales of the Utah’s indigenous Paiute, there lived the To-whenan-ung-wa or Legend People. Folklore says that they were a tribe made up of all kinds of animals that possessed the power to take on human form. They were arrogant, selfish, and misused the land. As a punishment bestowed by the coyote god “Sinawava,” who was known to be a trickster by Native Americans, the Legend People were all turned to stone. As the story goes, the Legend People still stand at Bryce Canyon National Park – petrified for thousands of years in the totem-pole-like rock formations known as hoodoos…pretty amazing for sure!

Though Bryce Canyon is one of America’s smallest national parks extending just 20 miles long, the sunset colored hoodoos that dot the area create a simply mesmerizing effect. Here, adventurers are sure to enjoy the plethora of amphitheaters designed by mother nature over thousands and thousands of years made by layers of limestone, siltstone, and mudstone that intermingle to give the hoodoos their segmented appearance. Thus, the hoodoos cling to the sides of cliffs, mystical and colorful as the Legend People were and as they remain –  forever cast in stone amid the area’s vast plants and animals.

Without even seeing Zion National Park, the mere names of its mountains and valleys showcase its spiritual ties – from the Court of the Patriarchs, Tabernacle Dome, and the Organ…to the Pulpit and the Great White Throne. Further along, Mount Moroni is named after the angel who Mormons believe appeared to the founder of their church in the 1820s, while the Temple of Sinawava caters to native religions and is named after that trickster coyote god again that is said to have turned the Legend People to stone in Bryce Canyon.

Many sojourners may actually regard the trail to the top of Angels Landing to be a testament to faith in and of itself – featuring a rocky spine less than two meters across in some areas with a 400-meter drop on either side.  Angels Landing stands at the center of the deep and forested Zion Canyon and is set along one curve of the Virgin River with an imposing summit of red rock. Equally a spiritual moment is the decent from her peak as – without divine intervention – it must be trailed the same way down as it is climbed to the top.

Yet for those seeking a less audacious experience, one need not leave the valley floor to understand why Mormon pioneers and other explorers were inspired in the names of the parks valleys and mountains. Zion is the midway point on a descent through geological time known as the Grand Staircase. Bryce Canyon, situated 40 miles to the northeast, is known as the top step, featuring rocks that are less than 60 million years old. The Grand Canyon, starting 60 miles to the south, cuts into the Vishnu Schist at its base, which is said to date back two billion years.

Nevada’s Valley of Fire State Park is one of the most stunning landscapes in America. With close to 50,000 acres of preserved land, the park was the first to be established by the State of Nevada in 1935. Its unique and diverse landscapes and formations have brought the area fame as the backdrop in blockbuster movies to portray other planets of the Milky Way, including Mars.

Unbelievably, the Valley of Fire was once completely submerged underwater when it was part of an inland sea, and later in its expansive history, it was covered in sand as a dessert. The park’s red Aztec sandstone formations are products of complex uplifting and faulting – remnants of shifting sand dunes from the Jurassic Period (150 million years ago) left behind after the inland sea subsided and the land rose.

Archaeologists place early inhabitants of the Valley of Fire back to at least 4,000 years ago. Prehistoric dwellers included the Basketmaker culture, followed by the Ancestral Puebloans (Anasazi). They farmed the nearby Moapa Valley from 300 BC to 1150 AD. The ancient people likely visited the area for hunting, food gathering, and religious ceremonies. Trails from their homelands along the Virgin and Muddy Rivers would have crisscrossed the valley. Later in 1865, the Paiutes lived in the area when Mormons settled in the Moapa Valley. This captivating valley is also home to some of the best examples of petroglyphs in the USA.

How to Experience Utah’s Wild Side…

We invite you to discover the unique landscapes, fascinating history, and modern-day allure of America’s Southwest as you enjoy the best of both experiences – from the liveliest of cities to amazing outdoor adventuring in some of the country’s finest national parks. Start your vacation in the relaxing and enchanting Boulder City, established in 1931 as a temporary home for the builders of the Hoover Dam. Then switch gears to revel in the breathtaking beauty and nature of the area as you see the splendors of the Southwestern USA’s great outdoors. Explore Grand Canyon West on a full-day excursion from your Boulder City home base. With a 3-night stay in the city, you will have plenty of time at leisure to delve into the impressive Hoover Dam and the intriguing Mob Museum. Next, head to Mesquite along the Nevada-Arizona border for a 3-night stay. It’s the perfect spot to branch out and experience the wonders of Bryce Canyon National Park, Zion Canyon National Park, and Valley of Fire State Park on professionally guided tours that will bring you amazement at every turn.