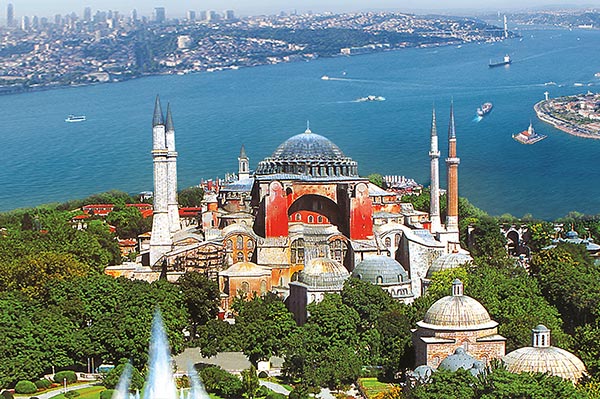 With so much talk of health, wellness, and hygiene these days, we felt it would be the ideal time to share a unique tradition from exotic Turkey…Kolonya. In addition to its delightful fragrances, this Turkish version of cologne is known to be an effective sanitizer and antiseptic with its ethanol-based, high-alcohol content that eradicates more than 80% of germs.

Several millennia ago, aromatic liquids and oils were already widely used by the ancients – as gifts, for religious purposes, for hygiene, or simply just to enjoy the pleasant scents on the body. Early on, rose water was commonly used across Turkey, but in the 16th century “Eau de Cologne” reached the Ottoman Empire and became known as Kolonya. The Ottomans mixed it with natural rosemary, bergamot, orange, and lemon, and even dipped it on sugar to be ingested as a digestive aid.

Over hundreds of years, Turkish Kolonya turned into a true tradition. Kolonya has become a treasured symbol of Turkish hospitality and health. Often these sweet-scented aromas are sprinkled on guests’ hands as they enter homes, hotels, and hospitals; when they finish meals at restaurants; or as they gather for religious services.

By the early 20th Century, kolonya continued gaining popularity as pioneering chemists started dabbling in new combinations. A French chemist named Jean Cesar Reboul living in Istanbul, opened one of Turkey’s first pharmacies in 1895. Together with his apprentice, Kemal Müderrisoglu, they created what is still to this day one of Turkey’s most iconic kolonya distillers – Atelier Rebul. The distillery is best known for its signature Rebul Lavanda, originally made by incorporating lavender from Reboul’s own garden.

Around the 1920s, chemist Süleyman Ferit Bey traveled from the coastal city of Izmir to learn French perfume-making techniques in the perfume capital of the world – Grasse, France. He returned to Turkey and created another famed kolonya called “Golden Drop” – that fast became a symbol of Izmir. Meanwhile, in Ankara, a businessman named Eyüp Sabri Tuncer concocted a kolonya using lemons from the coastal town of Çesme. His namesake brand is still one of the country’s leading producers. From there, smaller cities began formulating their distinctive regional twists on the original versions, incorporating such inventive ingredients as fig blossoms, pistachios, magnolia, jasmine, and even tobacco.

By the mid-20th century, kolonya was being produced on an industrial scale to make it accessible and affordable for the masses. Today it is found in almost every Turkish home.

Consider planning your next trip to explore this exotic land, and check out our Turkey program Treasures of Turkey. On this East meets West adventure, you will discover the treasures of Istanbul and Kusadasi and perhaps pick-up some authentic Kolonya to bring home. It’s an amazing 9-day travel experience that you are sure to treasure always.

In the meantime, here is a basic recipe that shows how to make your own hand-crafted version of this sweet-smelling concoction made from ethyl alcohol, water, and fragrance: